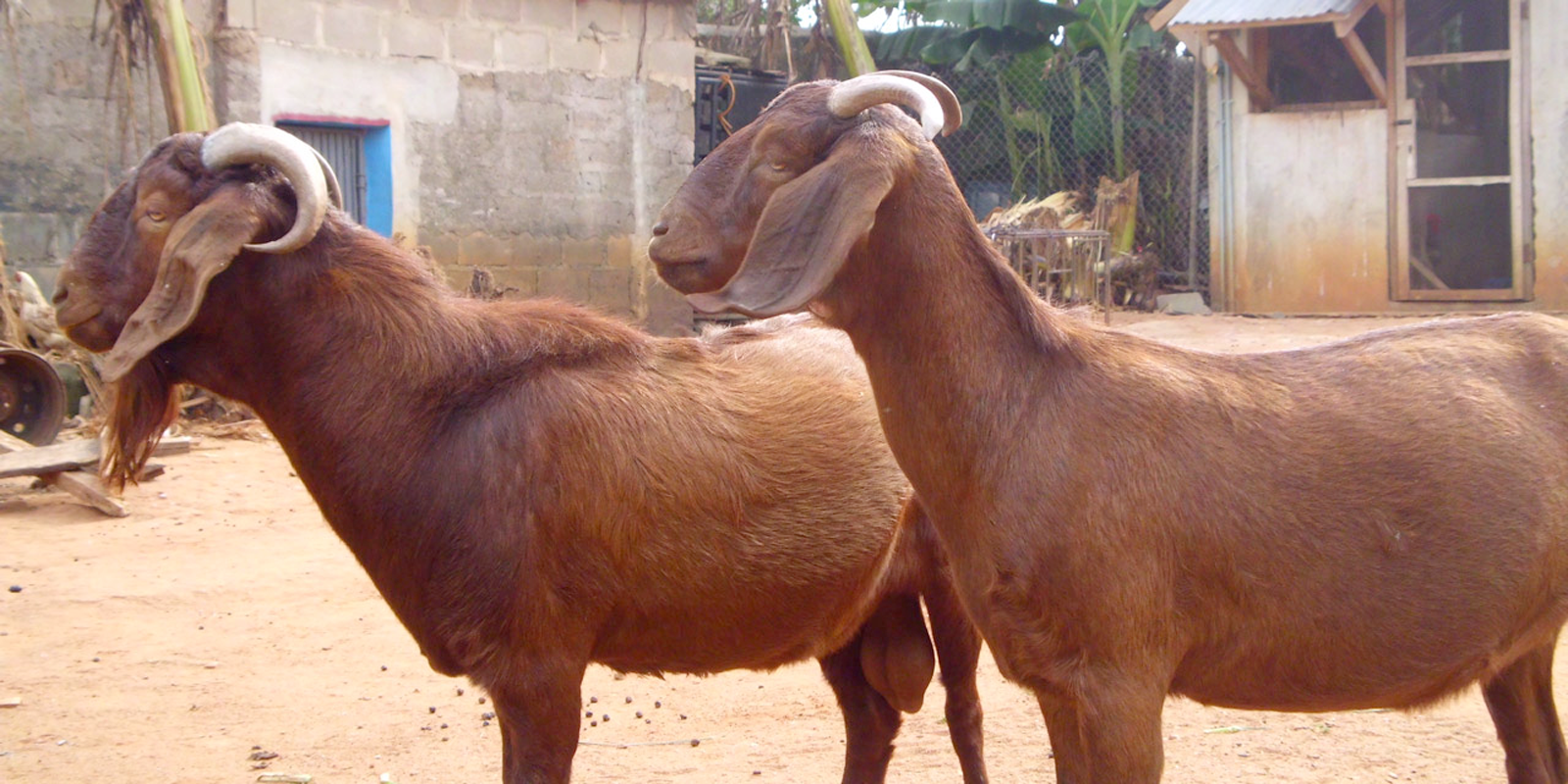 “It is best if we sell the cattle.”

I paused waiting to see what Djallo would say.

Djallo’s identity and our plan for his growing ministry centered on these cows and calves (that’s mother and young cows for you urban dwellers).

Our plan was to build a cattle herd for Djallo and demonstrate that Christians could be financially and socially prosperous among the Fulani.

I was asking Djallo, removed by his family from their cattle trading business, to further humble himself by selling the cows he watched for me.

Before I share where this conversation led and how it began a plan for Djallo and other Christians, let me introduce Djallo (pronounced Dja-low—a hard buzzing “D” sound at the beginning of his name).

The Fulani, also known as the Fula, Fulbe, Housa, and other local names, are the primary people group who brought Islam to West Africa. A large number of the estimated 45 million Fulani people are at the center of the fundamentalist Islamic uprisings in Nigeria. Large groups of the people have declared themselves aligned with the ISIS caliphate.

Nobody in West Africa is surprised by these developments—it follows the centuries of Islam’s influence within and from semi-nomadic people.

Fulani people are spread from Mali on the west coast of Africa, through West Africa, into Sudan, even found on the shores of Red Sea—Africa’s east coast. Three major kingdoms emerged from the Fulani in West Africa and they have also controlled large empires in Central Africa over the past centuries.

The 15 million Fulani semi-nomadic herdsmen, also referred to as pastoralists, are and the largest such group in the world.

Well-armed against bandits and not afraid to use force against local landowners, the Fulani have long been feared and become reviled in much of West Africa. In Ghana we have a conflict between herdsmen and landowners resulting in shootings, maiming with machetes, theft, and even deaths.

Using their knowledge of the local lands, customs, and languages, the Fulani brought Islam into West Africa—sometimes by force. People groups in northern Ghana fell under their influence and adopted counselors and imams from the settled Fulani communities in Nigeria.

Slavers from the rivaling Ashanti kingdom and white people became the common enemy of tribes and people groups of the Sahel region. The Sahel is vast savanna land stretching across Africa on the southern border of the Sahara desert. People groups in this region, including northern Ghana, share similar customs, ideas, and identity which have been shaped by this land.

Adopting Islam spread by the Fulani solidified these people groups against these common enemies. Islam cultural norms became increasingly important to all these groups, especially the Fulani. As more and more people groups became deeply ingrained in Islam, tribal distinctions and natural cultural identity have been lost and become less important.

The Fulani have long migrated across the region with their cattle, sheep, goats, donkeys, and even camel herds. Once they were fully aligned with Islam, their people became natural conduits for spreading Islam.

Djallo’s decision to leave Islam went against centuries of cultural and historical identity. The cattle we were contemplating selling provided one of the few direct links he had into his native culture.

The pastoral Fulani relegate success directly in relation to the relationship between man and his animals. Learning to take care of cattle, sheep, and goats are the most important thing a Fulani man or woman can do.

Formal education does not hold a high value.

Djallo is the youngest son in his family and was sent to school by his father. He completed high school and has continued informal and formal education in ministry, animal care, business, and more.

Djallo’s brother’s blamed school for his conversion to Jesus—but it was the loving care of Christians and the truth of Messiah Jesus, which Djallo could read for himself from the Bible, that convinced him to become and remain a disciple of Jesus.

Djallo found Jesus through our friend Aziz (that’s Isaac for us English speakers). Aziz was able to explain Jesus in a culturally relevant way and he began to see Jesus as the Messiah. Secretly, he began to follow Jesus and then made a commitment to follow. His faith was fed as he read the Word and he grew.

Along the way, he became convinced all the Fulani people need Jesus. He saw the correlation between culture and Jesus and where the Qu’ran fell short of meeting needs. He found freedom in Jesus not allowed in Islam. In fact, he feels more free to be a true Fulani following Jesus than following Muhammad.

Interestingly enough, Djallo’s father, who sent him to school, accepts Djallo as a believer in the divinity of Jesus and lives with him and his family.

Paying The Price for Jesus

Djallo’s family had a big problem with his conversion to Jesus.

At first, it was pleading, ignoring, and scoffing him among the family and within the Fulani community. Words progressed to removing him from the family business of trading livestock in the Buipe, Kumasi, and Accra markets. Djallo still clung to Jesus and had believers come alongside him to encourage and help him remain united to Jesus.

During this time, Jared bought a few cattle and placed them with Djallo. Just a few cows he could claim as his own helped him to save face and presented wealth within the community. Americans and Europeans measure wealth in bank accounts, cars, clothes, houses, and such. Fulani measure wealth in terms of cattle.

Djallo kept the cattle with his brother’s herds and that worked very well for about a year. As Djallo’s persecution increased, anytime there was something wrong with a cow (illness, getting shot by bandits, etc.) strangely those happened to his (Jared’s) cows. We were losing cattle so that Djallo would lose credibility and return to the family.

During the cattle persecution time, Djallo’s family put more and more pressure on him through his wife and son. Djallo’s wife is also a cousin, which is not unusual among the high caste Fulani. She was not a believer in Jesus and did not want anything to do with Christianity.

Eventually, the older brother exercised his cultural rights and removed the wife and child from the excommunicated Djallo dissolving his family.

Djallo’s faith did not dissolve.

So Did We Keep the Cows?

No—and it was Djallo’s guidance that made the decision.

We eventually sold our cows and purchased sheep which Djallo’s father watches. I am able to pay him a small amount of money every month to help with expenses and it supports Djallo as well. The sheep herd has steadily grown and we taking all that we have learned and applying it to our small business.

Eventually, Djallo married a Fulani believer from the high caste who from Burkina Faso, the country to the north of Ghana. She has given birth to two children and we are hoping the first son will return to Djallo also.

Djallo’s story isn’t exactly like Job’s in the Bible, but it is a common story among Muslim believers in West Africa and especially among the Fulani.

Djallo is part of the IAM Ministry in Ghana with a special outreach to other Fulani people. He has 11 disciples of Jesus whom he helps to support and they all have plans to share Messiah Jesus with every Fulani in Ghana.

Jared and Anna are excited to join with him and use business to support and expand his ministry and theirs.

Djallo will be leading a herding business for our group. He and Jared have outlined a plan that will employ Fulani believers and make money for other discipleship and development ministry activities.

Djallo has been supporting 11 Fulani families who are following Jesus. Herding goats, sheep, and eventually cattle will bring them income and elevate their social status among the herdsman people group.

The plan calls for buying 80 goats and placing them with 4 disciples who will be their shepherds. The goats have twins every six months—yes, that is rapid multiplication! More frightening is they fact they will reach maturity and sexual reproduction within two months. With a 150 day (five month) gestation period we will have many, many goats.

Our plan is to sell the males at maturity to fund the expansion of our operation. All females will be retained during the first and second breeding times until we reach a total of 16 herds.

We will diversify by adding sheep to each herd (they eat different food) and improving genetics. We will also diversify into larger goats that bring more money per animal because of their size and have a longer time to grow.

Goats are left to eat in the bush and will come back to the house at night and stay in small stables made with local mud bricks and thatched roofs. Food is free and abundant.

Herdsmen will increase their social standing because they are watching animals. Even the lowly goat herder is better than not being a herder. By increasing numbers then diversifying into sheep, larger goats, and eventually into cattle, our disciples will gain respect among their people.

Profits will be used to fund ARM and Djallo’s Fulani ministry.

Djallo remains faithful to Jesus and is seeing rewards in this life. I can’t wait to introduce you to him when we all gather around the throne of Jesus in heaven. Until then, I ask you to pray for Djallo, goats, sheep, and the Fulani people.