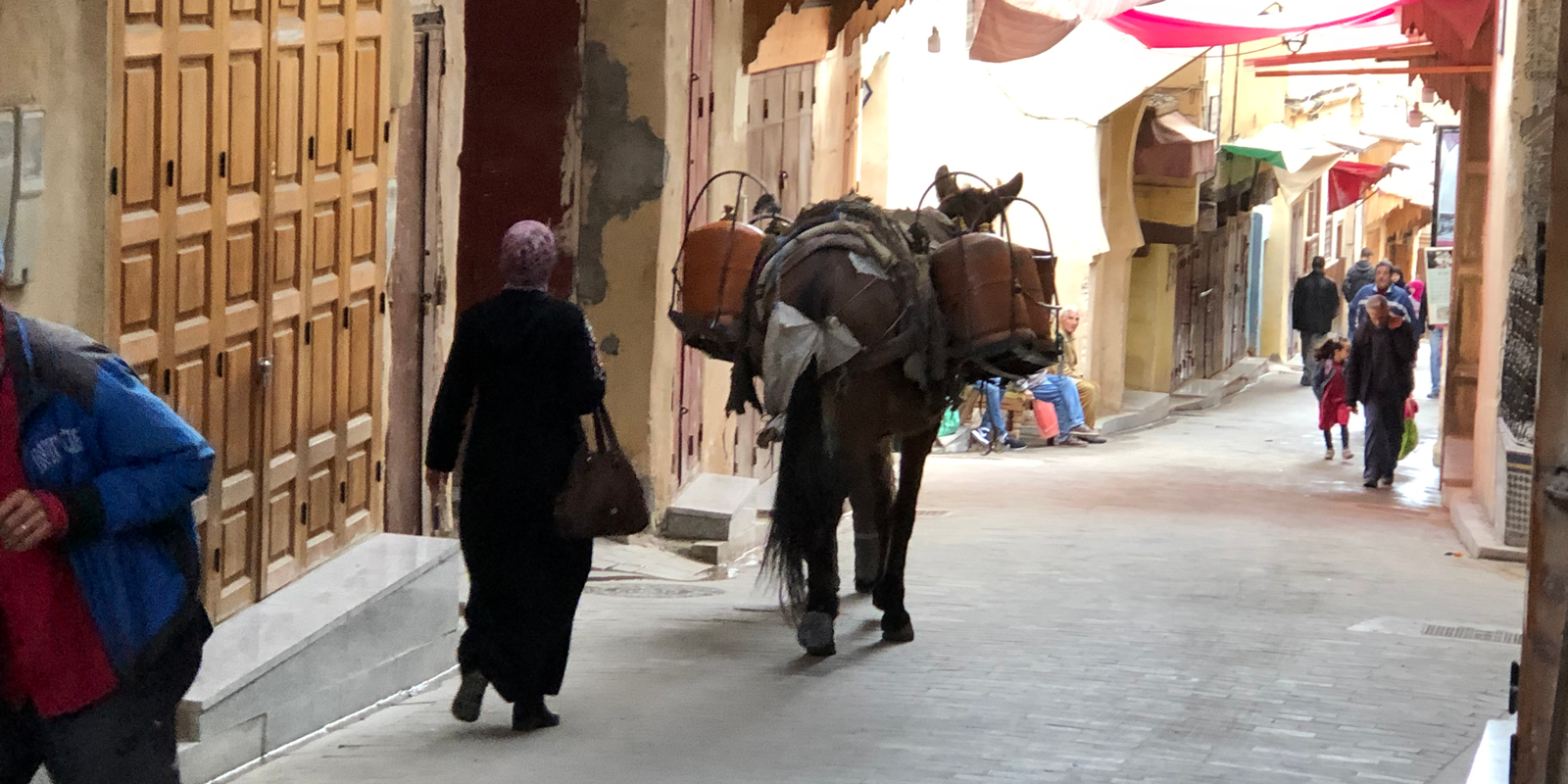 This week I stood on the ground I have feared for the past six years—ever since my husband came home and told me he thought God might be leading our family to work in this region. But even more powerfully, I worshipped there. I would have given almost anything for you to be in the same small, non-descript building with its understated glass cross at the front, and a group of about 50 foreign believers in a city of roughly one million Muslims. It’s the only one of its kind.

I’ve been in some powerful worship services before: standing as one of 23,000 youth in an arena in St. Louis for the Urbana Conference; being one white face in a sea of displaced Rwandan refugees worshipping in a Congolese church in the midst of the Rwandan genocide; raising my hands with a group of my high school peers in an evening of songs and praise that had become a weekly tradition at our boarding school growing up. But nothing quite compares to joining this local body of faithful workers in North Africa, worshipping their God underneath the watchful eye of surveillance cameras, knowing the challenges they face, and feeling, despite the fact that I have never been there before, that I was standing among family. There’s just something about worshipping in a foreign context to add weight and depth to the lyrics we can become over-accustomed to. It was so good to be in Africa again—to be “home.”
“It’s the song of the redeemed, rising from the African plain…”

I felt like I was singing the words for the first time. “Here we are, Lord, praising your name from the soils of Africa and it is good. “

“The song of Asian believers, filled with God’s holy fire…”

A Korean brother directly in front of me, begins to pray, thanking God for the faith He’s given to us, asking the Lord to bring it to completion because he knows the answer to any lack of faith in our hearts is the work of God to complete, reminding us all that God is the Author and the Finisher of our faith. Conviction wracked my heart as tears began to stream down my face, because I have struggled with the knowledge of how small my faith has been in relation to moving to this region. I have carried large amounts of guilt believing for years that there was something wrong with me, telling myself over and over, “If you are so afraid, you just must not have enough faith!” and entering into the self-defeating cycle of trying to muster more faith on my own. Standing there during his prayer, I felt the Lord whispering into my heart, “There’s nothing wrong with your faith, daughter. It’s beautiful…it’s just not finished yet.”

“Let praises echo from the tower of cathedrals, to the faithful gathered underground…”

“This, I found myself praying, this is what faith looks like. I don’t have this, Father! “ “Not yet, but you will. I started this in you, I will finish it. I’m proud of you for coming this far. That’s an obedience I can use to expand My Kingdom—to bring My vision for the nations!” I felt the burden of the guilt begin to lessen, as I surrendered the responsibility to procure something like the faith I was seeing around me, when it wasn’t there in my own heart. How arrogant of me to think that I could ever muster enough faith in my own life to make this make sense. I felt myself returning to the Author of Faith, trusting Him, but still the fear of what might be left my fists clenched at my side, stubbornly hanging on to what I needed—a false sense of control.